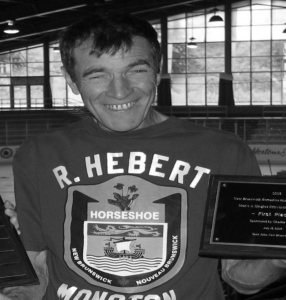 In 2003, Ray was inducted into the Hall of Fame under the Player Category.

Over the past 30 years, Ray has been a dominate force in the premier division at the Provincial level and his winning streak continued at the 2007 Provincial Championship as he captured his 29thDivision A title. 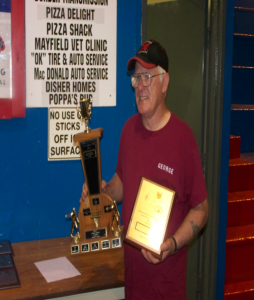 In 2003, George was inducted into the Hall of Fame under the Builder Category. 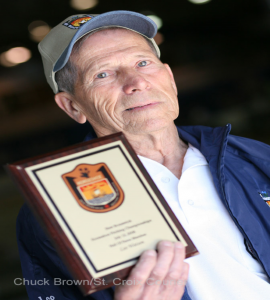 In 2008, Leo was inducted into the Hall of Fame under the Player Category.  Leo has been pitching horseshoes for over 30 years and during that time he has been active at every level of horseshoes in Canada as both a participant and as an director and an executive member. 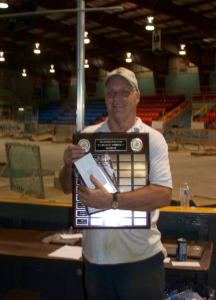 In 2010, Bernie was inducted into the Hall of Fame under the player category.

Bernie is a 11 time Men’s Double A Champion winning it several times with Travis Mowatt, Darryl Hansen and Jason Brennan.

In 2009, Bernie captured his first Men’s Single A Provincial Championship in Miramichi after finishing second to Ray Hebert several times.

Besides his stellar pitching over the years, Bernie has always lent a hand from building scoreboards to transporting pits. 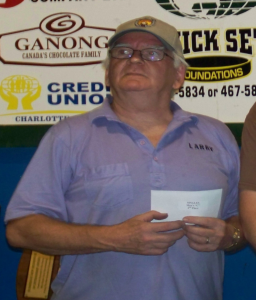 At the 2011 Provincial  Championships held in St. Stephen, Larry Lynch of Saint John was inducted into the Horseshoe NB Hall of Fame.

For over 10 years, Lynch was the driving force behind Horseshoe NB, holding the position of President and Newsletter Editor during that time. 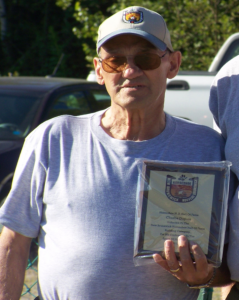 At the 2012 Provincial  Championships held in St. Stephen, Charlie Dupuis of Saint John was inducted into the Horseshoe NB Hall of Fame.

Each year, Charlie sponsors the award given to the Men�s Provincial Singles Champion. 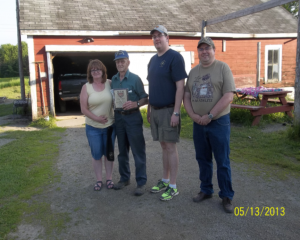 If you pitched horseshoes in the last 30 years in St. Stephen, you likely pitched at Fraser Farm, where Earle started out with one pit in the early 1990s, expanded to two pits, then three permanent pits by 2000.  In 2006, when the St. Stephen Horseshoe Pitchers Club was formed, Earle extended the pits to the road, providing 8 pits for local pitchers.

Earle loved to pitch horseshoes and socialize.  He would sit with a big smile on his face as the pitchers rolled in to play.  Earle won numerous local tournaments and was a Senior Men Doubles Provincial Champion with Bill Casey Sr.

Earle passed away on September 11, 2019 but his legacy will live on at Fraser Farm as home of the St. Stephen Horseshoe Pitchers Club. 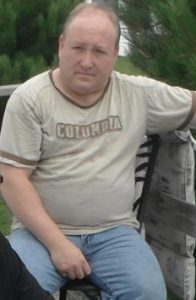 Travis is one of the most successful New Brunswick pitchers in the history of Horseshoe NB.

Travis was also successful as a doubles pitchers at the Provincial level, winning 10 Doubles Provincial titles, including 5 straight years between 1992 and 1996, along with his partner, fellow Hall of Famer, Bernie Devine. 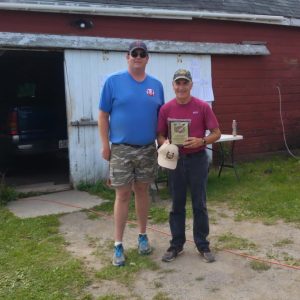 Ron Corcoran consistently competed at the top level of horseshoes in New Brunswick and he won his first Provincial Singles title in his hometown of Miramichi in 2010.  Ron would recapture the top title in 2012, 2015 and 2016.

In 2010, Ron captured the Provincial Doubles title with his partner, Sonny Connick.

Ron has organized the Miramichi Horseshoe League for over 25 years and has captured many local titles. 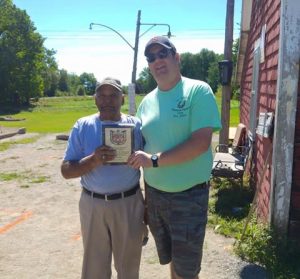 Paul Ram picked up the sport of horseshoes quickly and found success in Class play at the Provincial and Singles competition.  He has also been a top competitior in the Senior Men’s division.

At the 2014 World Tournament in Buffalo, NY, Paul captured a World Tournament victory, which a sudden death playoff was needed.  Paul became the first member of Horseshoe NB to capture a World title in Elders Class O. 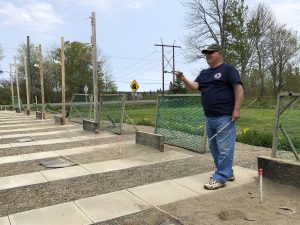 Gary has competed at the World Tournament as well as the Canadian Championships.  He was named Pitcher of the Decade by the St. Stephen Horseshoe Pitchers Club in 2016.

From 1996 to 1998, Mary Hansen captured the Women’s Provincial Singles title four years straight.  It was the most Singles titles for a woman pitcher, a record that stood until 2013, when Natalie Steen captured her fifth title.